The Lahore High Court is the High Court of Pakistan’s most populous province ‘Punjab’. Article 198 of the Constitution of Pakistan, 1973 has named this Court as ‘Lahore High Court’. Its principal seat is at Lahore, whereas its three Benches situate at Bahawalpur, Multan and Rawalpindi. Out of 220 million Pakistanis, no less than 110 million people abode in Punjab. This province is divided into 36 districts, where 2,000 judges and over 30,000 staff members work to protect the rights of the people and establish the rule of law. Per article 203 of the Constitution, Lahore High Court supervises and monitors the functioning of these judges and staff members. Before partition, the jurisdiction of Lahore High Court stretched over the province of Delhi in the east and went up till the region of 'Tibet' in the north. In the west, this jurisdiction extended till the natural boundary formed by the mighty ‘Indus’ and in the south, till the provinces of Sindh and Baluchistan. 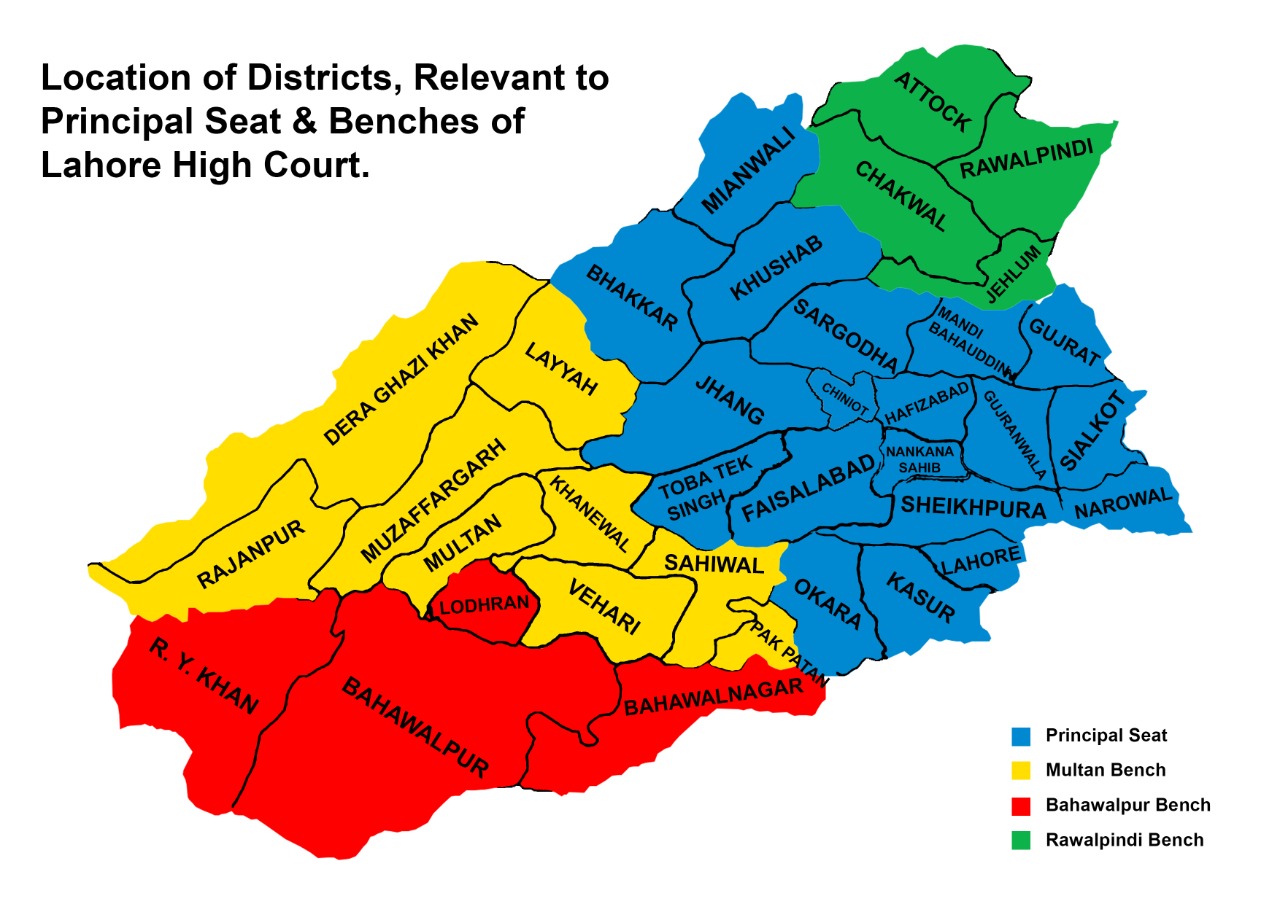